VeinWay provides physicians with a dedicated, purpose-built tool to create a pathway through a clogged vein such that physicians can easily restore blood flow through the vein to the heart. This tool is built to expand the physician’s ability to safely cross a variety of complicated blockages that were previously un-crossable, as well as shorten the time to cross.

VeinWay addresses an annual market of more than 1.7M Deep Vein Thrombosis (DVT) patients, half of which will return with Post Thrombotic Syndrome (PTS) within three to five years and 68% of those will have fully blocked veins. Traversa was developed by VeinWay as part of the MEDX Xelerator’s Entrepreneur-in-Residence program designed to promote breakthrough innovation. VeinWay is a portfolio company of the MEDX Xelerator, a medical device incubator backed by Boston Scientific, Sheba Medical Center, MEDX Ventures Group, Consensus Business Group (CBG), and West Pharmaceuticals. 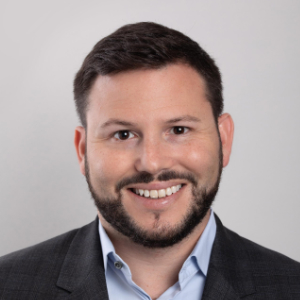 Jordan has led VeinWay since its establishment in November 2020. He has spent several years at Boston Scientific as an R&D, Quality, Process, and Manufacturing Engineer. He developed several balloon catheters including the Ranger Paclitaxel Coated Balloon. He worked on the manufacturing floor for nitinol self-expanding stents including the Epic, Innova, and Eluvia nitinol stent models. He did Design Assurance work for nitinol implants such as WATCHMAN™ and its delivery system where he worked extensively in a strong medical device quality system. While working as a process development engineer, Jordan worked on the extrusion floor, developed the Comet II FFR guidewire, and the Mamba IC micro catheter where he developed several processes for manufacturing these products. Jordan has extensive engineering experience and knowledge working in a rigorous quality system. Jordan has a BSE and MSE in Biomedical Engineering from the University of Michigan and an MBA in Healthcare Innovation from Reichman University. 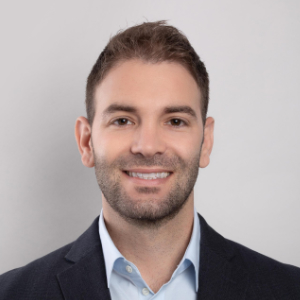 Ben joined VeinWay as co-founder to lead our R&D program. With 10 years experience in medical device research and development. Ben brings to this position a significant track record in medical device innovation. His experience ranges from developing implants for minimally invasive spinal orthopedics (Nuvasive), basic academic research, to intravascular implant development in the field of structural heart. In his previous role as Senior Development Engineer at Restore Medical, Ben played a major role designing and developing the Contraband System, a nitinol based cardiovascular implant and subsequent transcatheter delivery system to treat CHF. He has taken products from the concept generation stage to clinical trials. He is listed on six issued and pending patents. He is a broadly experienced engineer skilled in nitinol and catheter design and has extensive knowledge of the start-up ecosystem. Ben holds a B.Sc. in Biomedical Engineering from the California Polytechnic State University (Cal Poly), a M.Sc. in Biotechnology Engineering from Ben Gurion University, and an MBA in Healthcare Innovation from Reichman University.

Our CEO, Jordan Pollack, was published in Authority Magazine to share his story that we can all learn from. This is his. From Chicago to Israel and the twists and turns since. Enjoy!

Talk to as many people as possible to best understand the root of a problem and determine if a perceived problem is truly a problem. Surround yourself with the right people. The wrong people slow you down. The right people inspire you to be your best self.

Or Yehuda, January 16, 2022 — VeinWay Ltd. is pleased to announce that we placed in the top 3 of the prestigious 2021 Dong Sheng International Science Park Competition.

VeinWay is a member of MEDX Xelerator, a medical device incubator backed by: